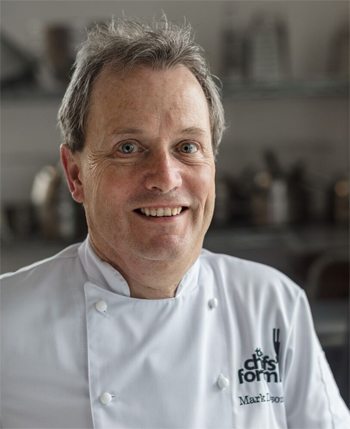 Mark worked for 18 years at Michel Roux’s Waterside Inn in Bray-on-Thames, rising to head chef when the restaurant won its three Michelin stars. Mark was one of just eight chefs Michael Caines worked with when he launched Exeter Festival of South West Food & Drink – each one cooking a different course of the nine-course banquet designed to showcase Fine Dining in Devon – so make no mistake this chef is at the top of his game. Mark owns The Masons Arms in Devon, where they achieved a Michelin Star just six months after opening.